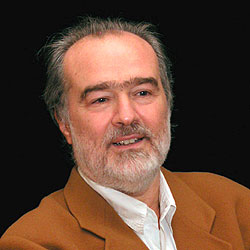 Gonzalo Garcia-Pelayo, The Man Who Took Vegas to the Cleaners.

Gonzalo Garcia-Pelayo was born in Seville, Spain in 1947. He worked as a record producer for several years, but as his chosen career did not take off or hold his passion, he soon turned to what he truly loved: Roulette. This French casino game captured his attention and was something that he soon and quickly became a success with. Not just because he was a good player, but because of his careful attention and thinking that enabled him to be the first person to ever exploit the bias of a Roulette wheel.

It was in the 90s when he began his career as a Roulette player. He would pick a Casino in Spain and spend much time outside of the betting ring by the Roulette game, just watching the wheel move round and round. He had heard the theories about “Wheel Bias” before but was the first to implement the theory in the game. The theory of Wheel Bias was that the wheels are made to look completely random, but in slight measurement differences or off-kilter levels that are too small for the eye to notice, the wheels have a tendency to jump into certain numbers based on how they are created. Garcia-Pelayo knew that this was likely, as no wheel created by humans can be made perfectly without any small mistakes. So he would watch the wheels go around and around for thousands of spins. He would write down his results and analyze them with a computer. He even asked for help in the observations from his 5 children, all gathering in a casino at the various tables and writing down everything they observed.

When he was finally sure of what the hot numbers were, he started betting on his findings and began making large amounts of cash with his 15% edge. He did this long enough for them to kick him out, in which case he would head to another casino and repeat the same process. It wasn’t long before this money-making system caused him to be banned from every Casino in Spain. He then decided to try it out in America, specifically in Las Vegas. He was equally as successful in that country. But it wasn’t long before his fame reached every casino in the world, and it was almost impossible for him to get anywhere to play. One casino attempted to sue him, but the court was determined that Garcia-Pelayo wasn’t cheating, simply using computer techniques and ingenuity, which was a perfectly legal strategy to utilize. He finally retired from his Roulette career with approximately $1.5 million in the bank.